Hanami® Pigments are a top-quality dyes for permanent make-up, which have been created by using an innovative and patented NOVOXX TECHNOLOGY. Thanks to this technology, Hanami® pigments are durable, stable and heavily pigmented, what distinguishes them from many pigments, available on the market. The colours of Hanami® dyes have been selected, refined and carefully checked by many specialists. We have created the best colors by which we obtain an excellent effects of pigmentation after healing.

The innovative NOVOXX® TECHNOLOGY used in Hanami Pigments is 100% biocompatible with our body, what virtually excludes any allergic reactions and causes that our body doesn’t fight with a dye as if it would be some strange substance, trying to discard the dye outside the skin. Novoxx® stabilizes microbial purity and, by combining mineral substances, acts anti-inflammatory and helps the process of pigmentation’s healing. In addition, NOVOXX® acts antioxidantally what prolongs the viability of pigments in the skin, thereby making pigmentation more stable and durable after healing, eliminating the need for multiple make-up adjustments to achieve the desired effect. The use of NOVOXX® in Hanami Pigments’ dyes helped to replace some of the pigments (colours) used to produce the dye itself, what increased the luminance of the colors with additional reflecting surfaces.

Hanami® Pigments are manufactured in a German laboratory that complies with the highest standards of sterility, as well as in pharmaceutical factories. As a result, Hanami® pigments meet all required legal standards in accordance with the Resolution of the Council of Europe (ResAP 2008).

Novoxx® is a combination of minerals which have revolutionised the manufacture of safe pigmentation colours. As a micro-fine ground white powder it has various positive features.

Studies certify that it is as harmless as an implant material in medicine.

When novoxx® was first discovered our pigment manufacturer was challenged with the development of atechnology for micro-biologically safe permanent make-up colours.

• Novoxx® solves problems which may be related to the long-term storage and conservation of pigments after the flasks are initially opened. Since novoxx® is a solid, it cannot evaporate. With the reduction of carrier liquid, the concentration of novoxx® in the bottle increases, which in turn increases its reliable germ-eliminating effect.

• Novoxx® is absorbed by the body without being detected as alien and potentially being rejected.

• We have no knowledge of any allergic reactions to novoxx® in pigments.

• The minerals used for novoxx® are intended to support the healing of the wounds immediately after completion of the pigmentation process. In our daily practice we have found that itching during the healing process is reduced compared with traditional products not containing novoxx®.

This results in less irritation of the skin and visibly more beautiful results. 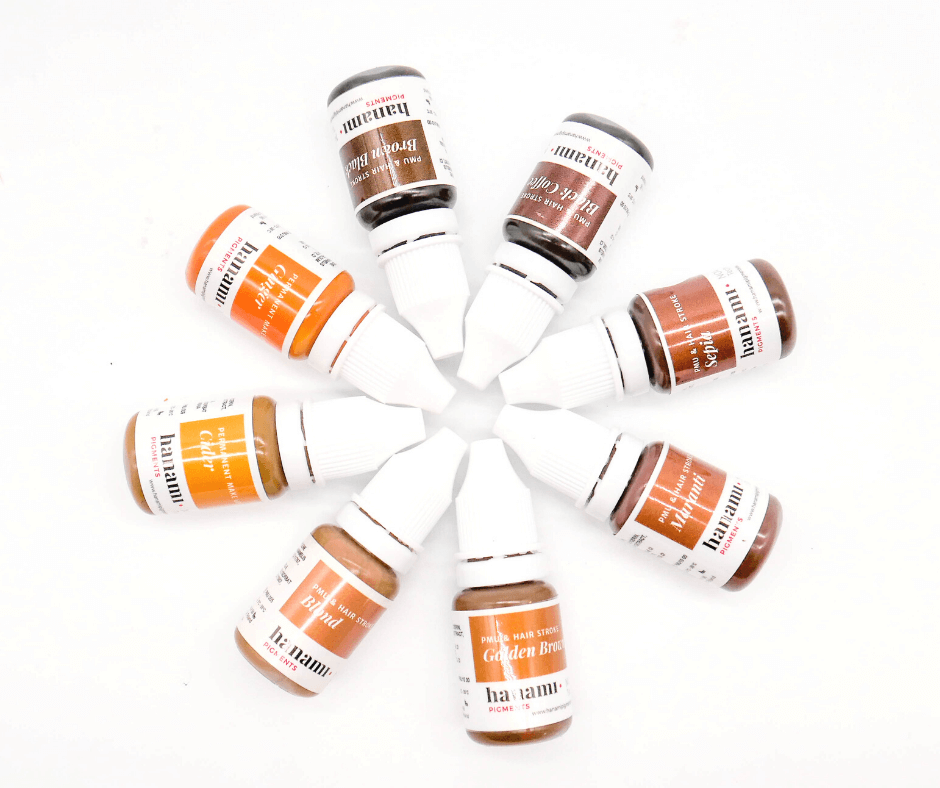 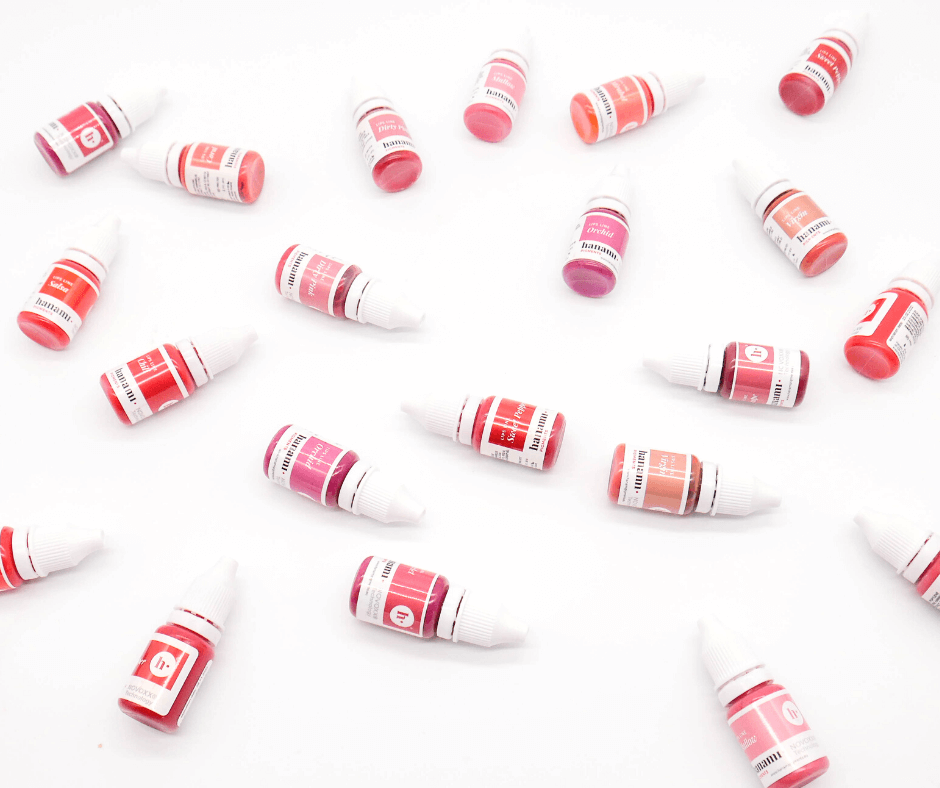 IS HANAMI ORGANIC OR INORGANIC ?

Hanami is an organic based line, so colour fade over the years will cool out rather than leaving warmer tones of colour behind in the skin.

However, the Novoxx technology added to the pigments, make them a hybrid colour.

Neither organic or inorganic!

What does this mean?

This means in comparison to an ink based pigment line the saturation of your work, as well as the tone, will also soften and fade, leaving us with more space in the skin to be able to colour refresh our work in two or three years time.